Like most negroes I have a sweet tooth for high-yellow light skinned whores with their big asses and bitch-dog sexual antics. Most won’t openly admit they have a skin color fetish but its the god dam truth nobody wants a tar baby unless she’s absolutely gorgeous… cause black skin amplifies both beauty and uglyness. I’m darker than a brown paper bag so thats why I gotta pay for it I guess. Anyhow I can’t help myself for real, its a racist fetish thats been embedded in my genes from “massa” back in the slavery days. Niggers can’t resist a big round yellow ass, cool to the touch light skin, and semi-curly half breed hair. The spanish word here in DR is “pelo risada” (translation: curly haired one). Anyhow call it what you want but its the god dam truth, and you heard it here on fucking porn site of all places.

So this Sunday afternoon I was out on the Sosua strip and saw nothing but the same old ass tired veterans with 3 kids, 2.5 western union boyfriends, and a papi chulo motoconcho pimp trying to sell their high mileage assets to dumbass new york gringos at inflated prices. It’s Sunday and some of these girls are still talking that 3000 peso bullshit. One bitch quoted me 5000 and I almost bit a hole in my god dam lip to keep from laughing so hard. I wish them the best of luck. These veteran chicks be posted up like a telephone pole 24/7 they never seem to move. Seriously I don’t like the Sosua strip when all these monkeys are in town. The older cats are alright but the little jits acting a fool on their 3 day baller vacations get on my fucking nerves with a quickness. They could have filmed planet of the apes up in Rumba bar this weekend I shit you not. Whats worse is the girls all act differently and aloof when there is the illusion of more new money on the streets. So fuck them hoes…

I decided to make a quick run to the mini supermercado off the main strip to get some drinks and snacks, simply because I’m not gonna pay $3.00 for a bottled water just cause a girl with bulging titties behind a bar served it to me. Come on now mane this is a 3rd world country. The same water is 10 pesos in the corner store. While there I grabbed some snacks and bumped into this little light skinned honey in the junk food aisle. I chatted her up in my best broken spanglish, paid for her cookies, and took her off the grimey streets of Sosua back to castle greyskull. Her name is Maria and she’s 18, with titties full grown… so big they instantly made my dick turn to stone. She looked a little nervous when I pulled my camera out of the shopping cart but didn’t seem to mind me filming after a few minutes. I’m just another dumbass tourist who here to fuck as many dominican girls as possible, and I’m sure she knows this.

If you observe the way Maria is dressed she is NOT a street walking dominican prostitute … which is a rarity in Sosua let me tell you. she doesn’t have the shoes, clothes, hair extensions, clown makeup, or bootleg Louis Vuitton bag filled with overnite whore gear, razor blades, and baby wipes to clean up the jizz off her bod. “Regular” girls like this give me instant wood especially when they look poor as dirt in tattered tshirts and shorts. The thing about a non-pro is more than likely their pussy is going to be tight and grippy… unlike an El Batey street vet that gets banged 5 times a day by Omega Psi Phi frat brothers and big football player size Niggers from New York. So taking that into consideration I made Maria a very generous offer for her time, cookies included… just so I could molest those gigantic round natural juggs of hers. 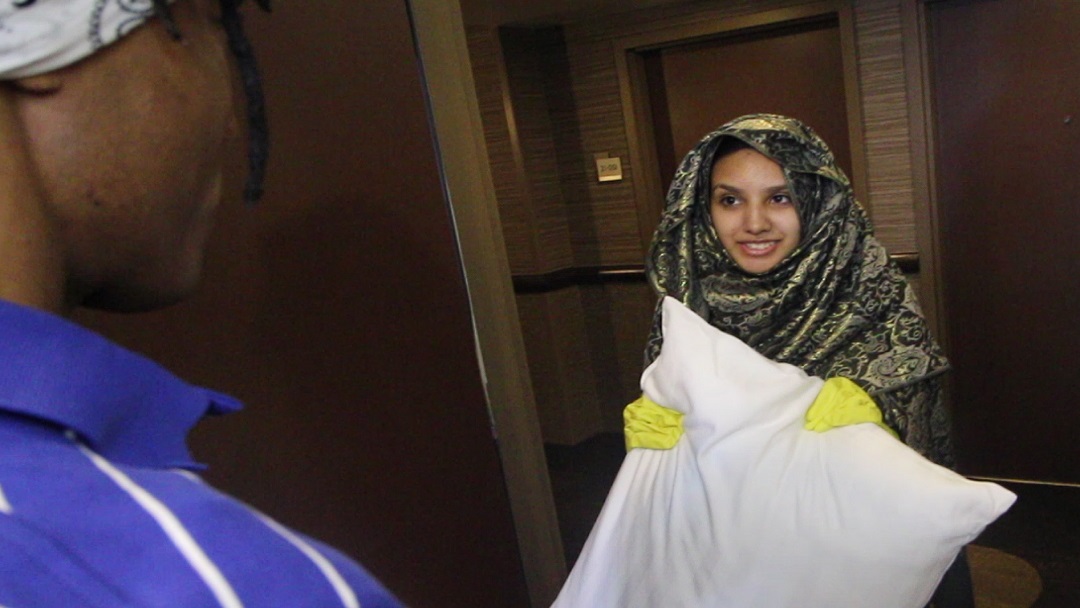